The forecast of core inflation in the US has been raised 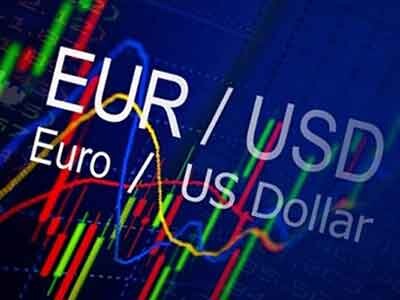 On Wednesday, the euro/dollar fell to the support level of 1.1700 after the announcement of the results of the Fed meeting.

Members of the Open Market Operations Committee believe that the regulator will raise the federal funds rate at least three times in 2023. The previous forecast published in June suggested only two rate hikes. Nine FOMC members believe that the first rate increase will take place next year, and the remaining nine expect changes in a year.

As expected, the Committee openly hinted that the reduction of the asset purchase program will begin before the end of this year. The majority of experts surveyed by Bloomberg believe that this will be officially announced at the next meeting of the regulator in November. If progress towards achieving the goal of an average inflation rate of 2% and maximum employment continues in line with expectations, then the reduction of the asset purchase program may soon be justified, the FOMC said in a statement. The Committee raised the forecast of core inflation in the United States in 2021 and 2022 from 3% and 2.1% to 3.7% and 2.3%, respectively. The forecast for the growth of the US economy this year was lowered from June 7% to 5.9%. A similar forecast for 2022 is 3.8%. In general, the results of the meeting supported the demand for the US currency, although the Fed's statement was largely expected.

EUR/USD: the first signs of slowing inflation in the US have appeared 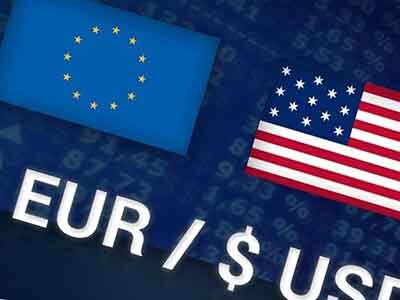 After yesterday's report on consumer inflation in the United States, which showed an increase from 7.9% to 8.5% over the month, the probability of a Fed rate hike in May by 50 basis points in the futures market increased to 90%, and analysts assume that there will be 3 such aggressive increases in 2022.Nevertheless, despite the record rate of inflation, many experts believe that it has begun to slow down, as the monthly growth rate was 0.3% with a forecast of 0.5%. Maybe the Fed will soon have to abandon aggressive tightening of monetary policy.Inflation in the G7 countriesLael Brainard has already announced the first signs of a slowdown in consumer price dynamics, noting that the Federal Reserve will continue raising rates in any case, but it may start reducing the balance sheet not in May, but in June. Her words became a lifeline for the EUR/USD bulls. Assumptions about the later start of the balance sheet reduction reduced the yield of treasuries and supported euro buyers.It is possible that Christine Lagarde's team will also support the euro. There are more and more hawkish voices in the ECB Council calling for a tightening of monetary policy. The heads of the Central Banks of Slovenia, Austria and Belgium believe that two increases in the deposit rate should take place in 2022. This attitude will help EUR/USD to find the bottom and return above 1.09. Nevertheless, trading from forex levels shows that when the day closes below 1.083, the downtrend continues.Indeed, the European currency has a lot of problems, and even a slight decrease in interest in the dollar does not indicate a change in the direction of movement of EUR/USD.
Apr 13, 2022 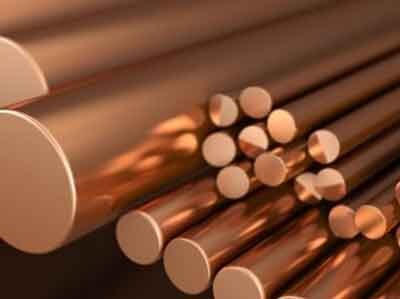 Data from the Comex exchange indicate a decrease in the cost of copper. By 5 a.m.GMT, the price of a pound of metal dropped to $4,7105, or 0.75% compared to its value at the close of trading the day before. Yesterday, trading on the London Stock Exchange ended with a rise in the price of industrial metals. The cost of copper rose to $10,367.50 cents, or 0.5%. Aluminum rose to $3,551, or 3.4%. The price of zinc rose to $4,149, or 3%. One of the factors that has a significant impact on the markets is the US currency exchange rate. Its growth makes it unprofitable to purchase raw materials for investors with other currencies, including metals. Today, the dollar index is showing growth. It has already risen by 0.13% to 97.91 points. Statistics from China also contribute to the fall in the price of copper. Economic activity in this country is declining due to the deterioration of the epidemiological situation. In this regard, a reduction in demand for copper is expected.
Mar 31, 2022 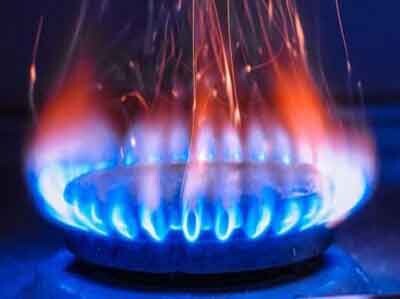 In order to limit the supply of Russian gas, the European Commission intends to gradually increase the volume of liquefied natural gas purchased in the United States. According to the plans discussed in 2021 on the import of American LNG, it was assumed that this year its volumes would be at the level of 22 billion cubic meters. Now the EU has agreed with the United States to increase this figure by 15 billion cubic meters. In total, the gas purchased in the United States in 2022 will replace 10% of Russian annual gas supplies. Thus, the abandonment of Russian gas will be carried out gradually. The European Commission plans that in 2023 additional gas supplies will grow to 35 billion cubic meters, which will be possible thanks to the diversification of gas supplies, which are currently being negotiated with international partners. The EU's efforts to enhance energy efficiency and develop renewable energy sources will also contribute to reducing dependence on supplies from the Russian Federation.
Mar 31, 2022

MaxMar
Read
Bitcoin has formed a new resistance level around $48051 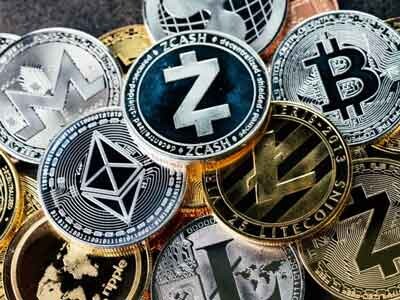 Cryptocurrency Forecast for today. Consolidation and uncertainty of trading in the range of 48051 – 46810 dollars are visible. It is possible that market participants are waiting for US labor market data.The capitalization of the cryptocurrency market by the end of Wednesday amounted to 2.15 trillion US dollars against 1.90 on Tuesday. A negative news background can increase short positions on digital assets.The Norwegian company Opera has added support for Bitcoin, Solana, Polygon and other cryptocurrencies to the browser.Integration of multiple blockchains and second-level development solutions was called a key strategy and part of Opera's mission, which is to introduce millions of users to Web 3.0.Solana and Bitcoin are currently available only in Opera for Android. Their support in the "Crypto Browser Project" will appear in the coming months.The dollar and the cryptocurrency market will be sensitive to the release of the number of initial applications for unemployment benefits, the price index of personal consumption expenditures. The focus will also be on the business activity index (PMI) in Chicago, the unemployment rate and the index of business activity in the manufacturing sector (PMI) from ISM.
Mar 31, 2022

MaxMar
Read
Gold is consolidating around $1,928 per ounce after a week of growth 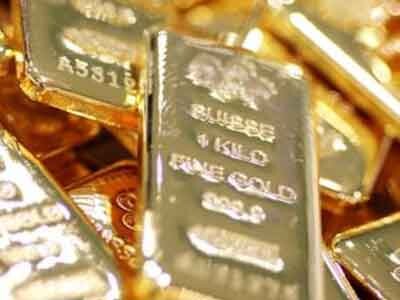 Gold exchange rate forecast for today. The banking metal is still very sensitive to the dollar. The next signal for the market is the US unemployment rate for March. If the current value comes out better than the forecast, then there will be an additional reason for the Fed to reduce the purchase of securities.The US stock market ended Wednesday trading lower on the back of negative dynamics from the consumer services, technology and finance sectors. At the close on the New York Stock Exchange, the Dow Jones fell by 0.19%, the S&P 500 index fell by 0.63%.At the same time, there is an increase in inflation. Consumer prices in Germany, harmonized with EU standards, increased by 7.6% in annual terms in March, according to preliminary data from the country's Federal Statistical Office (Destatis).Analysts surveyed by Bloomberg, on average, predicted a rise of 6.8%. Trading Economics experts expected growth of 6.7%. In February, inflation in the country was 5.5%.As for Japan, retail sales in February decreased by 0.8% compared to the same month last year, according to data from the country's Ministry of Economy, Trade and Industry. The drop was recorded for the first time since September last year. Analysts on average expected a decline of only 0.3%.
Mar 31, 2022

MaxMar
Read
GBP/USD is consolidating in anticipation of news 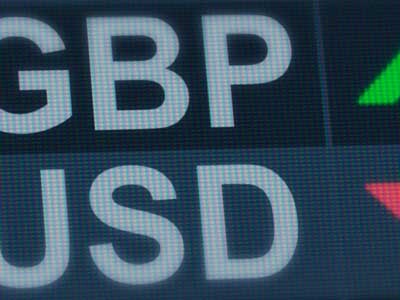 Forex. Pound/Dollar (GBP/USD) forecast for today. The pair gained a foothold in the area above the European support of 1.3127. At the moment, there is a strong resistance at the level of 1.3202.The yield of 10-year UK bonds is near the March maximum values at 1.668%.This time, the US dollar was under pressure against other world currencies. The US economy in the fourth quarter of 2021 increased by 6.9% in terms of annual rates, according to the final data of the US Department of Commerce. Earlier, a 7% rise was announced.Experts on average expected an upward revision of the indicator to 7.1%, according to Trading Economics.According to the revised data of the Ministry of Trade, consumer spending, which accounts for two-thirds of US GDP, increased by 2.5% in the fourth quarter, not 3.1%, as previously reported.Exports soared by 22.4%, imports increased by 17.9% - instead of the previously announced 17.6%.On Tuesday, market participants are likely to wait for the reaction of the pound after the publication of UK GDP, housing price index, business investments, investments of commercial enterprises. The US labor market data will also affect the course of trading.
Mar 31, 2022 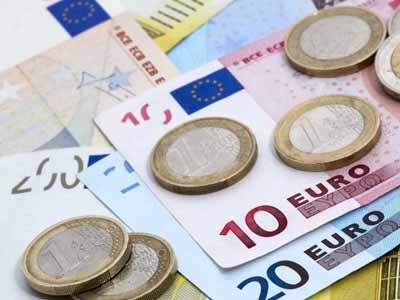 Forex. Euro/Dollar (EUR/USD) forecast for today. Positive trading dynamics was observed throughout the trading environment.The yield on 10-year US bonds has declined from the March highs and is now at 2.351%.The bidding process is still influenced by the hope that the war in Europe will end soon. The recent negotiations between the Ukrainian and Russian sides have created optimism in the financial markets.Meanwhile, the composite index of business and consumer confidence in the eurozone in March fell to 108.5 points against 113.9 points a month earlier, according to data from the European Commission. The indicator value turned out to be the lowest since March last year.Experts on average predicted a more moderate decline, up to 109 points, according to Trading Economics.The decline in the composite index is mainly caused by a decline in European consumer confidence due to rising inflation and events in Ukraine. The indicator of consumer confidence in the eurozone in March collapsed to minus 18.7 points against minus 8.8 points last month, coinciding with the consensus forecast.Today, the focus will be on the data of the Eurozone and the US labor market — the change in the number of unemployed in Germany, the unemployment rate of the Eurozone and the number of initial applications for unemployment benefits in the US.
Mar 31, 2022

MaxMar
Read
Bitcoin, after a slight increase, could not break through the resistance level of $48051 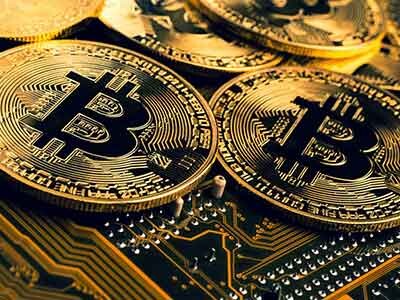 Cryptocurrency Forecast for today. Now the digital asset is trading in the range of 48051 – 46820 dollars. After sharp movements in the market, market participants adhere to a wait–and-see position - soon US GDP and labor market data. Financial markets, including digital assets, can react strongly to these events.The capitalization of the cryptocurrency market by the end of Tuesday amounted to 2.11 trillion US dollars against 2.13 on Monday.According to media reports, MacroStrategy, a subsidiary of MicroStrategy, took out a loan for $205 million secured in bitcoins. The loan was issued by Silvergate Bank. According to the terms of the agreement, the loan funds will be used to purchase cryptocurrencies.At the same time, the US Treasury Department proposed to extend to cryptocurrencies the requirements for informing the IRS Tax Service about foreign accounts of citizens with assets over $50 thousand. The relevant document is published on the official website of the department. If adopted, the new requirements will come into force in 2023.Representatives of the Hong Kong Stock Exchange announced the launch of a platform for trading tokenized assets called Diamond. The trading service will use smart contracts, blockchain and cloud computing technologies, thanks to which it will be able to work around the clock.
Mar 30, 2022