Airbnb shares fall after the report. What are the prospects 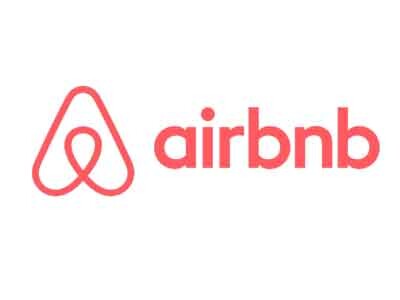 Airbnb has published financial results for the second quarter of 2021. During the main trading session, the shares rose by 2.02%, and in the postmarket they fell by 4.48%.

Briefly about the main thing

Airbnb reported an increase in the number of bookings by 197%, which the company itself "nights and entertainment", which amounted to $83.1 million, which is 29% more than in the first quarter of 2021.

The company expects that revenue in the third quarter will be the highest in the entire history of observations.

Meanwhile, the report was overshadowed by forecasts about the impact of the pandemic, which led to a drop in stocks.

"The pandemic continues to affect overall travel behavior, including how often and when guests book and cancel reservations. This means that the number of nights and events booked, as well as the total cost of booking, or GBV, will continue to be more unstable and non-linear," the company said in statements.

As for the fourth quarter, Airbnb stated: "We don't know yet how much people will be willing to travel in the fall compared to the summer."

What to do with shares

After the IPO in December last year, Airbnb shares grew rapidly until mid-February 2021, after which the assortment changed to a downward trend. In mid-May, the decline stopped and the quotes moved to the sideways - $150-130-within which the shares remain to this day.

Taking into account yesterday's decline, the share price is 1.1% lower than the IPO price. At the moment, the shares are testing EMA21, under which there is an important support of $140. Overcoming it from the top down opens the way to $130. The most negative scenario will be a descent under $130, which may increase the pressure of sellers.

In the medium term, a sideways consolidation or a more falling stock looks like the most relevant scenario. Reducing the impact of the pandemic may support the quotes, but until then, the shares are not considered as a purchase. The long-term outlook remains moderately positive, as after the pandemic, the company is able to enter a profit trajectory and significantly improve its financial performance due to its new business model, which distinguishes it from classic hotels. 1 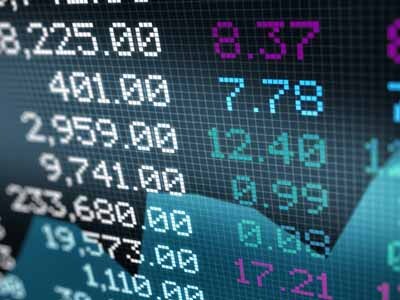 The stock prices of Chinese companies traded on stock exchanges in the United States rose in the main session on May 17 after Chinese Vice Premier Liu He announced support for the digital economy industry. He said that the government will support the development of digital economy companies and their public lists. China's vice premier gave similar assurances two months ago when he also promised to maintain market stability and stimulate the economy.Against this background, the shares of the Chinese Alibaba Group on Nasdaq rose by 6.37% to $91.99 per share. Baidu securities rose by 4.79% to $123.44 per share.
May 18, 2022

Aon
Read
US market: overview and trading forecast for May 18. The fight against inflation continues 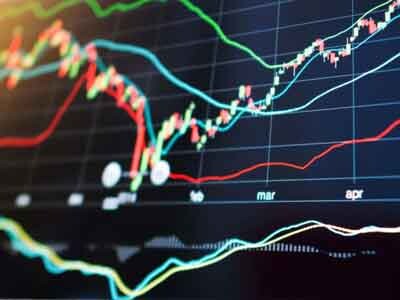 The market the day beforeThe session on May 17, the main American stock exchanges ended in the green zone. The S&P 500 rose 2.02% to 4,088 points, the Dow Jones gained 1.34%, and the Nasdaq rose 2.76%. Producers of consumer goods looked worse than the market (-1.15%). Technology companies (+2.91%), raw materials (+2.86%) and financial (+2.69%) sectors became the leaders of growth.Company newsPlug Power Inc (PLUG: +14.00%) has received an order for the supply of an electrolysis plant for the production of green hydrogen with a capacity of up to 100 thousand tons per year.Coinbase Global Inc (COIN: +13.45%) has postponed its plans to triple the number of employees in 2022.Caterpillar Inc (CAT: +2.85%) announced that the Board of Directors approved a new $15 billion share repurchase program.We expectOn the eve of the S&P 500, almost 4% exceeded the closing minimum since the beginning of the year, which was set last Thursday. One of the factors supporting the uptrend was the expectations associated with the removal of the lockdown in China. Shanghai has not reported new cases of COVID-19 infection outside quarantine zones for three days in a row. This gives grounds to expect the recovery of production volumes of the largest companies to the levels of the beginning of the year. Hong Kong plans to ease quarantine restrictions this week. Japan intends to open entry to small groups of tourists by the end of May.Another important news event yesterday was an interview with the head of the Federal Reserve Jerome Powell Wall Street Journal. The chairman of the regulator, in an interview with reporters, confirmed his intention to raise interest rates more actively, if necessary, in order to stimulate a more noticeable slowdown in inflation. At the same time, Powell noted that if inflation does decrease, the tightening of monetary policy will be more moderate. Plans were also confirmed to raise the rate by 50 bps at the next two FOMC meetings. At the same time, the head of the Federal Reserve stressed that its increase by 75 bps. not discussed yet.The yield of 10-year treasuries since yesterday's trading increased by 9 bps, to 2.97%, for two-year securities, the yield increased by 10 bps, 2.68%, for 30-year securities it reached 3.16%.Trading on May 18 on the sites of Southeast Asia ended mainly in the green zone. Japan's Nikkei 225 rose by 0.94%, Hong Kong's Hang Seng added 0.17%, only China's CSI 300 declined by 0.35%. EuroStoxx 50 has been losing a symbolic 0.08% since opening.Brent crude futures are quoted at $111.93 per barrel. Gold is trading at $1818.20 per troy ounce.In our opinion, the S&P 500 will hold the upcoming session in the range of 4070-4120 points.MacrostatisticsToday, data on the number of construction permits issued in the United States for April will be published (consensus: 1,812 million after 1,870 million in March).Sentiment IndexThe market sentiment index rose by 1 point to 36.Technical pictureThe S&P 500 remains above the support level of 3,860 points. The RSI indicator is still close to the oversold zone, and the MACD may be giving a signal for the beginning of an upward trend. These factors may mean continued growth in the upcoming trading session.
May 18, 2022 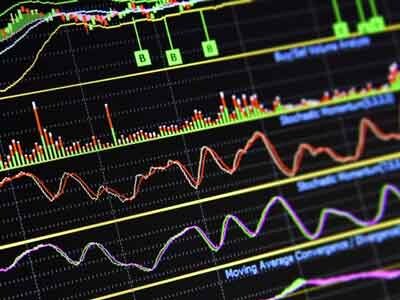 The Board of Directors of Caterpillar, the world's leading manufacturer of construction and mining equipment, has approved a share repurchase program worth up to $15 billion.Since 2017, the company has annually achieved financial targets and as a result generated free cash flow of $26 billion. Caterpillar also plans to return virtually all of its free cash flow to shareholders over time.Caterpillar shares on the NYSE on May 17 rose by 2.58% to $213.09 per share.
May 18, 2022 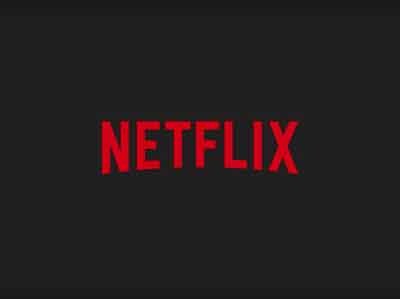 Streaming service Netflix is laying off about 150 people, mainly in the US, which is 2% of the total number of employees. This decision is due to the company's attempts to reduce the growth of costs after Netflix presented a disappointing report last month.As previously reported, the company intends to reduce some of its expenses in the next two years. Although Netflix will continue to allocate about $17 billion a year to develop new TV shows and movies, the number of people working behind the scenes will decrease.Netflix renews collaboration with visual effects and animation company DNEGVisual effects and animation company DNEG has extended its deal with streaming service Netflix until 2025. The agreement was concluded for at least $350 million. The films and TV movies created under the partnership include "Very Strange Things" and "Project Adam".The ReDefine division of DNEG will also provide VFX services and creative control over individual Netflix programs.Netflix shares on Nasdaq on May 17 rose 2.17% to $190.56 per share.
May 18, 2022 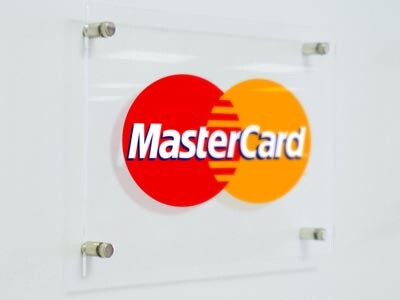 Mastercard Inc. payment system has started testing a biometric payment system for stores using facial recognition. The company said that its new project will allow the buyer to scan his face using the retailer's smartphone app and link it to a bank card. This technology is comparable to how FaceID is used in the iPhone to approve payments or unlock the device.The pilot program began this week at five St Marche supermarkets in Sao Paulo, Brazil. The stores will use an application developed by the Brazilian startup Payface.Mastercard shares on the NYSE on May 17 rose by 2.77% to $338.86 per share.
May 18, 2022 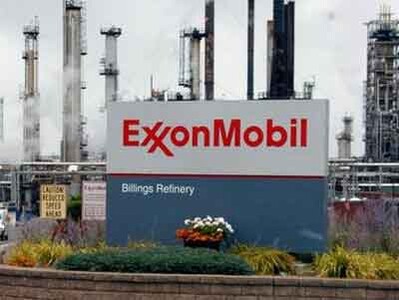 One of the largest oil companies, Exxon Mobil, together with the Norwegian energy company Equinor SA, have taken the first steps to expand an oil development worth $8 billion off the coast of Brazil. The companies want to increase future production at the Bakalhau oil field, Equinor's largest project outside Norway with reserves of more than 1 billion barrels of oil.At the next stage, the possibility of building a second drilling rig and a second floating production platform, as well as a gas pipeline more than 100 miles long, is being considered.For Exxon, Bacalhau can provide the first barrel of oil offshore Brazil, which is one of the company's main promising areas of growth, as well as new oil supplies as a result of operations with lower carbon emissions. Production of the first oil is planned for 2024 on a vessel with a capacity of 220,000 barrels per day.Bakalhau is the first subsalt deposit in Brazil that is not being developed by a state-owned company.Exxon Mobil shares on the NYSE on May 16 rose by 2.35% to $90.95 per share.
May 17, 2022 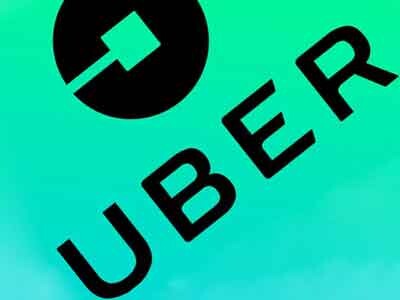 Uber Eats, an online food ordering and delivery platform, together with Serve Robotics, a robotic food delivery company, and Motional, an autonomous vehicle technology company, has launched two unmanned food delivery projects in Los Angeles.The collaboration with Motional was announced last December, and this is the first time that Uber has partnered with a fleet provider, as well as the first time that Motional is trying its hand at autonomous delivery. Up to this point, the company Motional specialized in robotaxi, having entered into partnerships with companies such as Lyft and Via. Serve Robotics is actually a division of Uber, so the partnership of these two companies is not surprising.Both projects start small and deliver food from only a few vendors. The Serve program will focus on short trips in West Hollywood. The Motional program will deal with longer-distance delivery in Santa Monica.Uber shares on the NYSE premarket on May 17 are growing by 2.37%, to $24.15 per share.
May 17, 2022 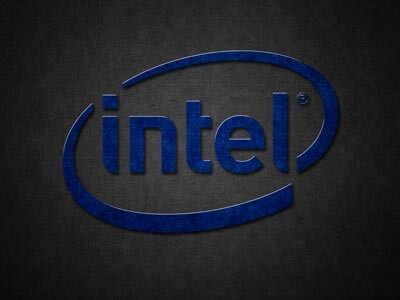 Shareholders of the manufacturer of computer components Intel Corp. They voted against compensation packages for top managers, including a payment of $178.6 million to the company's chief executive officer Pat Gelsinger.About 1.78 billion votes were cast against executive compensation at the annual meeting, although it was not mandatory. About 921.2 million votes were cast in favor. The company stated that they take the opinion of their investors seriously, are ready to interact and resolve issues, including linking wages with work results.Gelsinger in 2021 earned more than 1,700 times more than a typical employee of a chip manufacturing company.Intel shares on the Nasdaq premarket on May 17 are growing by 1.6%, to $43.77 per share.
May 17, 2022