Analysis of Chinese stocks in August. Will the IT sector hold up? 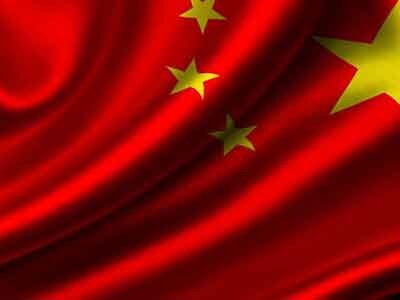 In August, the main risk that will affect the price of shares of Chinese companies remains the tightening of regulation. If at first the Chinese authorities attacked the IT giant Alibaba Group, now it is the turn of vaping companies and players in the field of paid education. We offer a traditional analysis of Chinese stocks.

In the market of the Asia-Pacific region, there is mainly a decline in indices, primarily due to the spread of the coronavirus. As a result, the main indicators in the PRC market are also declining: the index of the Shanghai Stock Exchange Shanghai Composite, the Shenzhen Stock Exchange Shenzhen Composite, the Hong Kong Hang Seng Index Similarly, the South Korean KOSPI is falling. The only exceptions are Japanese Nikkei and Australian S&P / ASX 200, which are showing insignificant gains.

The main reason for the decline in indices is the spread of a new strain of coronavirus. Against this backdrop, the Chinese authorities have limited air and rail links within the country, which affected economic activity in the Middle Kingdom. Quarantine measures have already been introduced in 15 of China's 32 provinces, including the authorities cut off transport links between Beijing and 23 regions. Moreover, in regions where new cases have been detected, residents are prohibited from leaving their homes if new patients appear in their neighborhood. Such harsh measures may affect business activity in the country and negatively affect the price of shares of Chinese companies.

The coronavirus pandemic also negatively affects transport flows, including affecting China's trade with its neighbors, primarily with Russia. The situation with cargo transportation between the two countries remains rather tense: the Russian and Chinese delegations even held talks in Manchuria to find possible solutions. In particular, the parties discussed proposals to improve the work of checkpoints. So far, no more than 150 trucks enter China every day from Zabaikalsk, which is not enough to support a stable trade turnover. In fact, it is possible to transfer goods across the border only in a trailer, which are then reloaded from each side.

However, according to analysts, the delta strain is more likely to limit recovery economic growth than to zero it. An important factor is also the recognition of the two Chinese vaccines by the World Health Organization, which also led to their recognition in many countries of the European Union. This dramatically improves transport opportunities for Chinese entrepreneurs and helps to strengthen ties between the PRC and the European Union.

The Chinese market and the indices of developing countries as a whole are supported by statistics from the US on the labor market - the number of those applying for unemployment benefits has sharply decreased. However, in general, the growth of jobs in the market was two times less than expected, which affected the US stock market. However, the technology sector was an exception, due to which, for example, the NASDAQ index rose 0.13% on August 6, although the Dow Jones fell 0.92% on the same day. In many ways, the tech NASDAQ was influenced by the statistics of the service sector, which compensated for the ambiguous statistics on the labor market.

Moreover, as stated by the deputy head of the Federal Reserve, Richard Clarida, the growth of rates in the American economy will not occur until the end of 2022. And within the next eight months, there are no plans to wind down the quantitative easing program. This encourages investors and gives hope for continued market recovery, which has a positive effect on developing countries.